Take a Trip to the North & South Poles Via Hurleyville 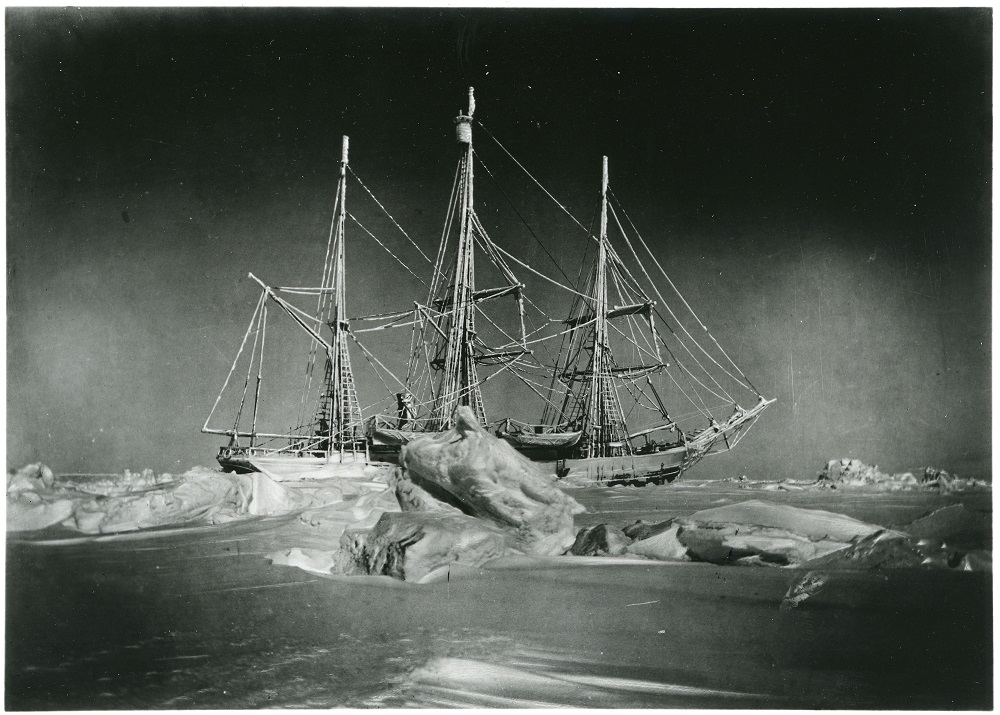 The Belgica in the Gerlache Strait

And he was born in Hortonville, right here in Sullivan County.

Thus the Frederick Cook Society is pleased to present – at the Sullivan County Cultural Center and Museum in Hurleyville – an exhibition of rare historic photographs by Dr. Cook. The collection, which includes images from both the South and North Poles, comes to the County courtesy of the Ohio State University Byrd Polar Center and the Library of Congress.

Also included will be a collection of photographs taken by Dr. Cook in Alaska between 1903 and 1908. These images of glaciers, icebergs, lakes, Inuits and animals have been printed from a box of vintage negatives found in the County Museum’s basement.

The exhibition opens June 10, with a reception from 5-7 p.m., followed by a brief talk by author Julian Sancton, whose recently published book, “Madhouse at the End of the Earth,” tells the story of Dr. Cook’s 1897 journey into Antarctica aboard the Belgian exploration ship Belgica. During that voyage, led by Belgian Royal Navy officer Adrian de Gerlache, the ship spent 13 months trapped in pack ice.

In an 1898 diary entry, Dr. Cook described the situation: “We are imprisoned in an endless sea of ice... We have told all the tales, real and imaginative, to which we are equal. Time weighs heavily upon us as the darkness slowly advances.”

The Belgica’s 19-member crew struggled with boredom, scurvy, and madness. Dr. Cook is often credited with saving their lives. He implemented dietary changes, light therapy, exercise, and a visionary plan to cut channels through the ice and free the ship. The men who survived became the first group of explorers to overwinter in Antarctica.

Dr. Cook was also widely known for his good nature, and this quality endeared him to the Inuit people.  Cook learned the Inuit language and used his medical training to care for their sick. When he returned to New York, he had a collection of Inuit artifacts, including bone carvings, hunting tools, soapstone talismans, sealskins, and beaded items. A selection of these pieces will be included in the exhibition.

The Frederick Cook Society is a worldwide organization of people interested in the life and work of Dr. Cook. The Society has a gallery and a research library in the Sullivan County Cultural Center & Museum, located at 265 Main Street, Hurleyville. To learn more, visit www.frederickcookpolar.org or on Facebook @Friends of Frederick Cook. You can also call the Cook Society at 845-434-8044.