Monticello, NY – If you haven’t yet completed the 2020 Census form for your Sullivan County address, expect a knock on your door from a Census worker in a few weeks. Non-Response Follow Up, where Census Bureau employees go door-to-door for households that haven’t self-responded through one of the three methods available (online, phone, or paper), is slated to begin the second week of August.

“Census takers will visit all housing units that have not responded to the 2020 Census questionnaire between 9 a.m. and 9 p.m., and may also visit households that have already responded in order to clarify information,” said Freda Eisenberg, Sullivan County’s Planning Commissioner and the Chair of the Sullivan County Complete Count Committee. “They will wear masks and follow social distancing and other health and safety protocols related to the COVID-19 pandemic.”

“If someone answers the door, the Census takers will ask 10 questions to collect basic information about the household and people who live in it,” explained Saraid Gonzalez, Program Director of Sullivan 180 and Census Coordinator for the Complete Count Committee. “If they can’t reach anyone on the first try, they will leave a ‘Notice of Visit’ note at the door. After the third attempt (and if the occupant does not self-respond in the meantime), Census takers will seek a reliable, nearby ‘proxy’ to collect the information necessary to complete the census. A ‘proxy’ could include a neighbor, landlord, letter carrier or real estate agent.”

Census takers have a Constitutional duty to count everyone who lived in the U.S. as of April 1, 2020, regardless of immigration or citizenship status.

“Some people may be anxious about having an unfamiliar Census worker come to their door and will want to ensure they are not being visited by a scammer,” affirmed Gonzalez. “Census takers will have a valid ID badge with their photograph, a U.S. Department of Commerce watermark, and an expiration date. They may also carry Census Bureau bags and other equipment with the Census Bureau logo.”

“No Census worker will seek to enter your home or ask for personal data beyond the official Census questions,” added Eisenberg. “They will not ask for a Social Security number, money or donations, anything on behalf of a political party, or bank or credit card account numbers. They will also not ask about citizenship, immigration status or whether you receive public benefits. Completing the Census cannot get someone into any trouble; no one can be deported, lose benefits, or be arrested by participating in the Census.”

“Everyone living in Sullivan County, regardless of whether you are here full-time or a second homeowner enjoying the summer, should complete the Census for your address,” urged both Eisenberg and Gonzalez. “Census data is used in allocating government representation and in the distribution of trillions of dollars of federal funding. It’s been estimated that each person who is not counted can cost a community around $3,000 in lost funding.” 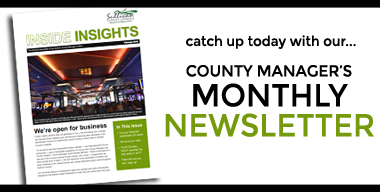